Rivals! Dr. Kokonut and Shredzilla Sit Down for an Exclusive Interview with Shakana Weekly

Dr. Kokonut - Eat, Sleep, Skate! All About His Incredible Work Ethic, And How You Can Too 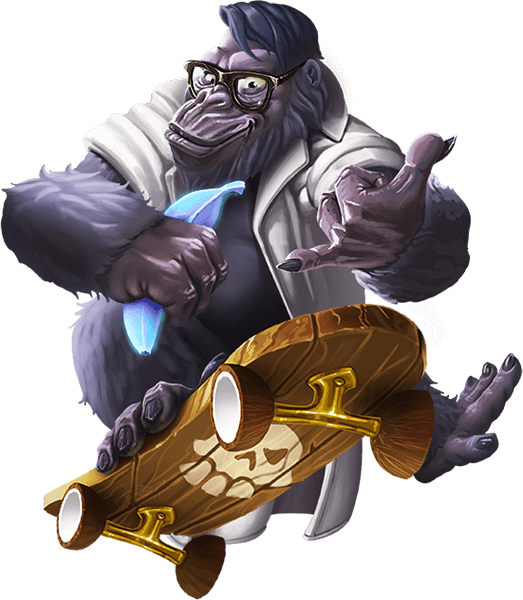 Dr. Kokonut, former #1 draft pick for the Geeky Freakies, and grandson of the late Hall of Fame skater Lokotan, is both the dean of Tiki Tech University and captain of their skate team who train right here in Geeky Tiki Valley. The Tiki Tech Lasers have been Northern conference champions over the Geeky Freakies since the university's founding 5 years ago and their rapid success has earned them many converted fans from the captain's former team. In our interview, he revealed to us that his mother can be a bit overprotective, and had urged him away from skating and into academics as a child.

"As an only child, I was always the center of attention, which has its pros and cons." He told us. "My mom is something of a tiger mom, I suppose. In fact, I sometimes I wonder if she's not more tiger than gorilla."

Dr. Kokonut struck a compromise by not only founding the most prestigious school on the island, but also leading their skate team to the tournament finals 5 years in a row. Each time, however, they have been bested by The Grotto Goons, led by his childhood rival, Shredzilla. It should also be mentioned that Dr. Kokonut's mother, Dr. Plantana, was a legendary skater herself before the terrible skating accident that killed her father, Lokotan, and left herself seriously injured and wheelchair-bound.

"She doesn't like to talk about the accident, as you can imagine." He told us, grimly. We asked him if the tragedy ever made him doubt a career in skating.

"Not once. Skating is my passion, and I could never be deterred from it." He told us. We then asked him about his many scientific accomplishments and his generous contributions to his community as a renown philanthropist.

"It's nothing compared to the tremendous work our faculty and students do on a daily basis. They're going to blow me out of the water. Our student Pinpoint has already surpassed me as a pomologist - a fruit scientist" He said, humbly.

We then finally asked him the question on everyone's mind. Would he consider a political run for valley chairman, or even president?

"I'll leave that to students like Prezident who have a passion and real talent for politics. I would certainly vote for him." He said. You heard it here first folks! Prezident for president! 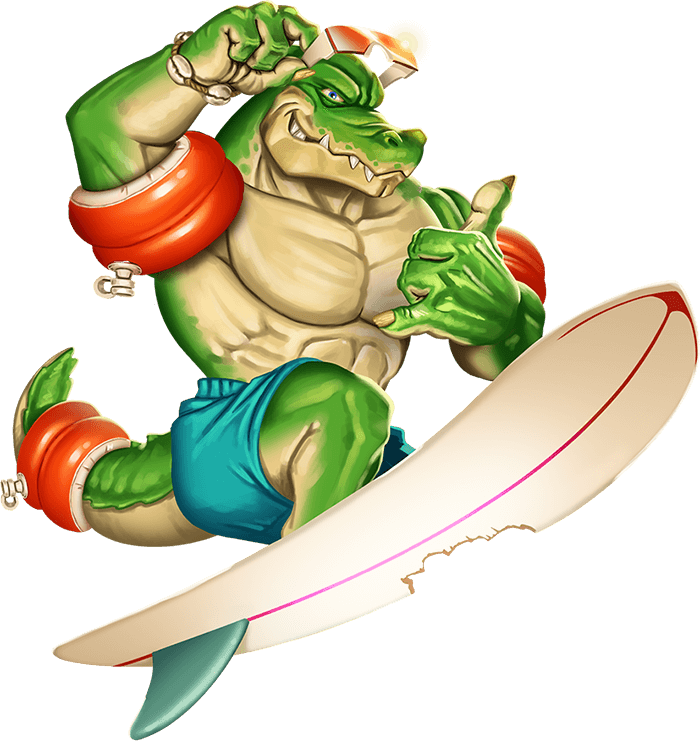 Shredzilla, an undrafted surfer, orphan, and self-described skinny kid, has long lived with a chip on his now massive shoulders. He told us in our exclusive interview that he never quite recovered after witnessing his father be brutally devoured by the Kraken lurking in Party Pirate Lagoon. We asked him if he holds any grudges against the pirate community living in Party Pirate Lagoon who stood by and merely observed the tragedy, just a few miles from his own hometown, Bro-magnon beach.

"I hold a grudge against everyone. It's how I got to be where I am today, at the top." He said, ginning wide and showing us his pearly white fangs. Some have said that his Grotto Goons are nothing more than cheaters who gimmicked their way to the trophy each time over the past 5 years. We asked him about it.

"I’m 5 for 5. Nothing else to say." He responded succinctly. It is universally accepted that he is undoubtedly the greatest surfer of all time, but not everyone agrees he is the greatest Shaka Shredder overall, as some argue that title belongs to Dr. Kokonut.

"The dude's never won a title. How can a 5 time loser be considered the greatest of all time?." He said before getting up and removing his microphone, cutting our interview short. On his way out, one of our newer interns asked him about what she referred to as his 'adorable red floaties' that he always wears on his arms and tail. For our readers not in the know, Shredzilla doesn’t usually take kindly to questions about his floaties, but he evidently was in a good mood. He shockingly revealed to her that he harbors a cautious love for the ocean after witnessing his father's untimely death while surfing, and that they make himself feel safer after a nasty wipeout. One of our other less tactful interns attempted to actually touch the puffy floaty device on his tail, and Shredzilla proceeded to put him through the wall, quite literally. We're pleased to say the intern is now resting comfortably at Dr. Planata's hospital and is expected to make a full recovery by the end of year.