The Most Strange Origin Story of Shakana Island - One Hypothesis 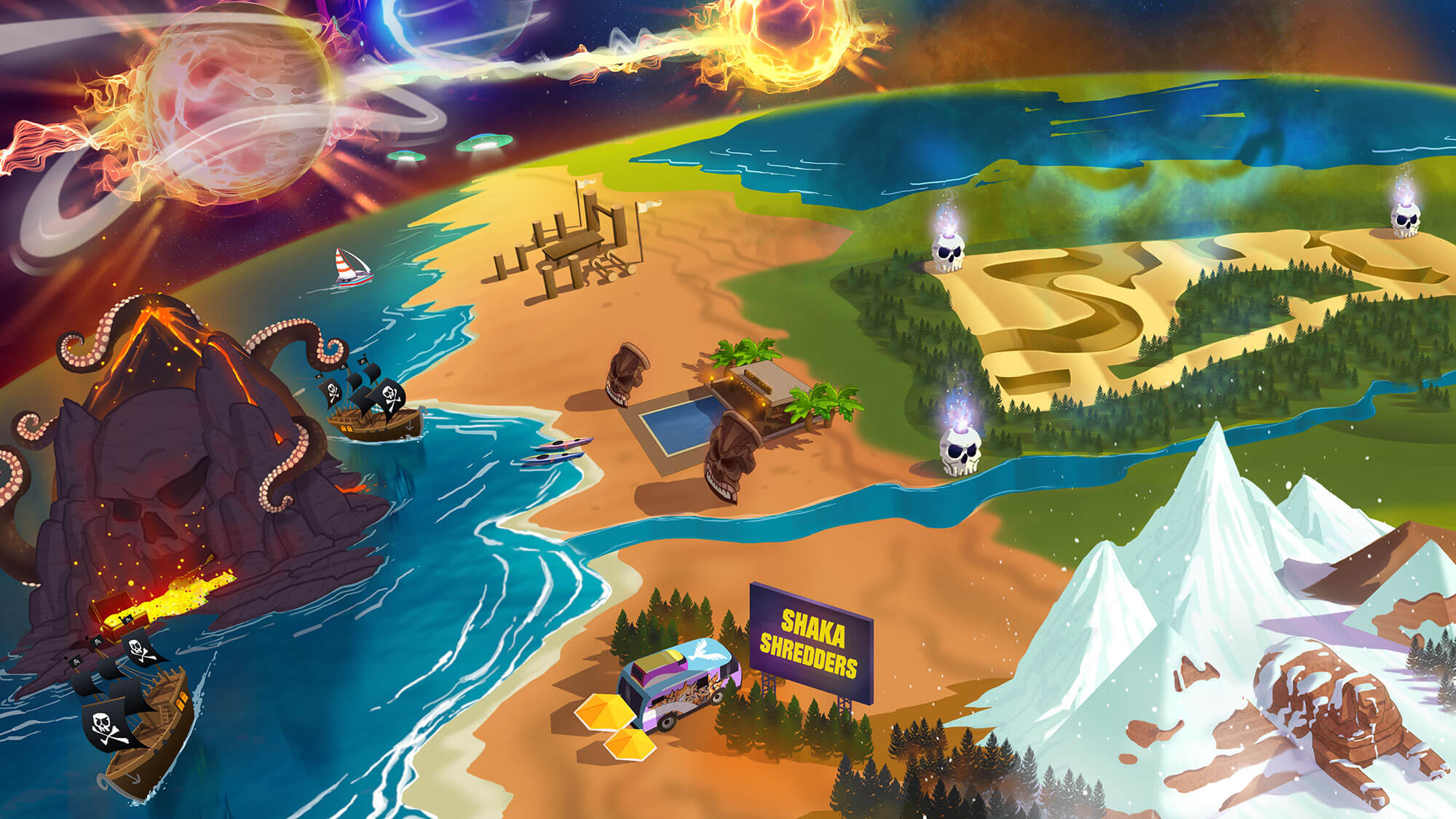 Millions of years ago, a massive asteroid struck Earth, wiping out the dinosaurs and changing the course of natural evolution forever. But that is only half the story. Because while one species was brought to extinction...another SECRET age of evolution began, or so we think, as the following is only one hypothesis as to the origins of the island of Shakana.

What human historians don’t know is that during that calamitous event, ANOTHER shower of meteors fell upon a small isolated tropical island, embedding themselves in the island soil and sinking into the soft sea floor. The meteor rocks pulsed with vibrant colors, and as the world around them burned, they shone on the island and in the surrounding sea like fallen stars.

Slowly, year after year, life on and around the island began change. Fish developed legs and would take leisurely strolls on the beach. Long before man learned to walk on two legs, island monkeys climbed down from trees and invented long division. Life on and around the island was evolving in strange, unexpected ways that was completely out of sync and step with the rest of the planet.

And it was all due to the mysterious stones from space. Whatever strange force resided in them spilled out into the land and sea, and created the most strange and fantastic ecosystem on the planet.

But life wasn’t the only law of nature broken on the island. The laws of time and space were also twisted into pretzel-shapes as well. Over time, creatures long extinct were resurrected on the island. Relics from various time periods materialized on land and in the surrounding sea. A morning stroll down the beach could quickly become an adventure in itself, as one might stumble upon a nearly pristine pirate ship on one dune, and the remains of a double-decker Aerosmith tour bus on another.

But of all the strange and wonderful miracles of the island, none were as amazing as the animals that lived there. These intelligent creatures formed an interspecies society, and learned to co-exist peacefully (for the most part) and live together in harmony (sometimes). Okay, it wasn’t perfect, but humans don’t fare so well with living together, so why should they be any different, okay?!

Ahem. Anyway, the animal tribes dubbed their island “SHAKANA ISLAND” and began to excavate the mysterious but beautiful “SHAKA STONES” found stones on and around it. They soon realized that these stones were responsible for not just their own strange evolution, but for the very origins of the island itself. It was this revelation that made the Shaka Stones not just a precious rare stone, but a stone to be held in near cosmic relevance. It was the stones, in their belief, that caused good luck, good waves and good times, baby.

And so it was one fateful day that the largest Shaka Stone ever was unearthed from the center of the island, at the exact point where all the known regions intersected. All tribes claimed it to be theirs, though the “intersection” soil that had buried it for so long belonged to each group. Soon the peace on the island was disrupted with arguments and fights over ownership of the stone. Tribal leaders were at an impasse to broker peace and decide which tribe would own the stone. Eventually, whispers of war rose on suddenly turbulent island winds...

But then salvation arrived from the most unexpected of places. Of the many discoveries made by satellite television, none were more impactful than the extreme sports channel, particularly the water and blacktop board sports. The islanders simply couldn’t get enough of it. It was in fact the only time the tribes seemed to get along (or at least well enough not to throw coconuts at each other’s mothers).

So the leader of each tribe proposed a way to achieve much-needed peace. Once a month there would be a competition between the tribes, a competition in which they could show off their sick board skills. Whoever receives the best crowd response would win the day and bring glory to their tribe. And most importantly, the winning tribe would receive the LARGE SHAKA STONE, NOW CARVED INTO A CHAMPIONSHIP TROPHY. In this way no one tribe would dominate the other, as the balance of power and Shaka Stones is ever moving and shifting, just like the ocean.

So now, instead of bickering and fighting, tribes would spend their spare time training and practicing new tricks to win possession of the coveted Shaka trophy!

And thus SHAKA SHREDDERS were born!